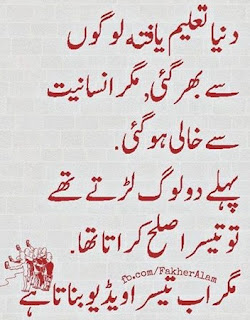 Imam Ali (AS) said, ‘Being happy with the world is foolishness.’

Imam Ali (AS) said: "If you like to remain safe, then keep away from the companionship of a foolish person.”
Posted by All Solutions Team
Labels: Living Etiquettes