Do not revile (abuse) those whom they invoke (appeal to) other than Allah, lest they should revile Allah in transgression (offence) without having knowledge. This is how We have made the deeds of every community attractive in their sight. Then, to their Lord is their return, after which He shall tell them what they have been doing.

Shias and Sunnis desecrating their sanctities
http://www.presstv.ir/detail/2014/10/13/382049/us-efforts-against-isil-not-real/
“If anyone fuels the fire in this regard, he or she will definitely be helping sinister America and Britain which are the creators of the ISIL and al-Qaeda,” the Leader further said in a meeting with people from different walks of life on Monday.
Ayatollah Khamenei urged Muslims not to get involved in any move that would play into enemies’ hands.
“Shias and Sunnis shouldn’t help the enemy by desecrating their sanctities and provoking one another’s sentiments,” the Leader underlined.

http://www.islamicinvitationturkey.com/2013/01/26/sunnis-not-our-brethren-but-our-souls-says-ayatollah-sistani/
Sunnis not our brethren, but our souls: Ayatollah Sistani

https://www.tumblr.com/search/shimr
“Surely, in the soul of each one of us is a Shimr who has potential to kill Husain (as), and our job is to prevent our souls from becoming that, and instead drive ourselves in the direction of obedience and servitude to Allah.”
—  Ayatullah Bahjat

http://www.thekooza.com/sunnis-not-our-brethren-but-our-souls-ayatollah-sistani.html
Grand Ayatollah Ali al-Sistani, issued a fatwa condemning the abuse of Sunni sanctities, saying: “This is to be condemned and denounced, and is contrary to the instructions of Shiite Imams.”
http://en.shiapost.com/2013/10/12/grand-ayatollah-sistani-issues-fatwa-against-sectarian-violence-in-iraq/
Ayatollah Sistani Praises Pivotal Role of Rahbar Khamenei
http://abna.co/print.asp?lang=3&id=219919
By the grace of Allah (SWT), in line with the directions of the Rehbar and Marajaeen, the Shias in Pakistan dealt a severe blow to the strategy to divide and conquer by organizing the largest peace conference between Shias and Sunnis ever held in the world. Hundreds of scholars from the largest organization of Shias in Pakistan, Majlis e Wahdat ul Muslimeen (MWM) and the largest organization of Sunnis in Pakistan, Sunni Tehrik and many other organizations, vehemently rejected attempts to sow discord and agreed to work in a united manner against Takfiris and agents of imperialists amongst us.
http://www.shiatv.net/view_video.php?viewkey=cdb027dc0738636ba6d1
In line with the instructions of Ayatullah Khamenai, Ayatullah Sistani and all other Marajae, the time has come for Shias around the world, including in Canada, to stop doing Wah-Wah on poetry and oration with cheap jokes and jabs. We need to isolate the Takfiris, not provide recruitment material to them, we need to unite amongst each and the with the vast majority of the Sunni world on the basis of Allah (SWT), Quran, Prophet Mohammad (SAW) and the love of Ahl-e-Bait (AS) Insha Allah. May Allah (SWT) give us the taufeeq to follow Ulema-e-Huq rather than scholars for dollars and charismatic orators whose characters and actions are in direct opposition to the teaching of Ahle-Bait (AS) and instructions of our leadership.
Anyone who sows discord between Shias and Sunnis is neither a Shia nor a Sunni, he is an agent of the imperialist. Ayatullah Khomeni (RA)
Ayatullah Khomeini (RA) – http://muslimperspectives.com/?p=1056
Ayatullah Khamenai – http://www.youtube.com/watch?v=86r_cEWj0FM
Syed Hasan Nasarullah – http://muslimperspectives.com/?p=1061
Ayatullah Sistani – http://muslimperspectives.com/?p=1054
Sheikh Mahmood Shaltoot – http://www.al-islam.org/encyclopedia/chapter1b/14.html
Dr. Tahir ul Qadri – http://www.youtube.com/watch?v=Bh6yTMOb_K8
Sheikh Imran Nazar – http://www.youtube.com/watch?v=FtzW4_C6_bA
Sheikh Ishaq – http://www.youtube.com/watch?v=M4UbmSW-n64

Shia-Sunni Unity---Excellent article by Dr. Shahid Athar
Please review an excellent article by Dr Shahid Athar in Sunni forum.. link is below
http://www.sunniforum.com/forum/showthread.php?6186-Shia-sunni-Unity
Few highlights of the article are:
The centuries-old Shia-Sunni differences are the major obstacle to Muslim unity. The enemies of Islam to their benefit have always fanned these differences. Unfortunately, some so-called Muslim scholars on their payroll have also played a key role in keeping these differences alive.
As we have witnessed how Ayatullah Khomeini The Shia bravely declared death of Salman Rushdie -The author of Satanic Verses who abused the wife of Prophet Ayesha and Shia Leader declared blasphemy, just for his Fatwa the whole western countries became against Iran. See how much price did Shia pay to defend Ayesha - while Saudi Arabia,Kuwait, UAE etc. etc. as the Sunni government were silent they did not defend Ayesha.Now who loves Ayesha?
With the little knowledge I have, I have tried to do my best as a Sunni in defending my Shia brothers in Islam with the hope and prayer to God Almighty that He will "instill love in the heart of the believers" and bring us closer to each other so that we jointly can fight our common enemy, Satan and his followers.

Yun To Syed Bhi Ho, Mirza Bhi Ho, Afghan Bhi Ho
Tum Sabhi Kuch Ho, Batao To Musalman Bhi Ho!
You are known as Syed, and Mughal, you call yourselves Pathan;
But can you truly claim as well the name of Mussalman?
http://islam-pure.de/imam/books/iqbal.htm
Iqbal, the Poet-Philosopher of Islamic Resurgence by Sayyid Ali Khamene’i
http://islamicblessings.com/upload/Ali%20Aur%20Tanhae.pdf
page 17/35 line before last paragraph 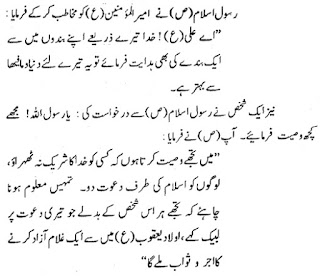