And when it is said to them, “Spend (to the needy) from the provision Allah has given to you”, the disbelievers say to the believers, “Shall we feed those whom Allah could have fed, if Allah so willed? You are but in open error.” 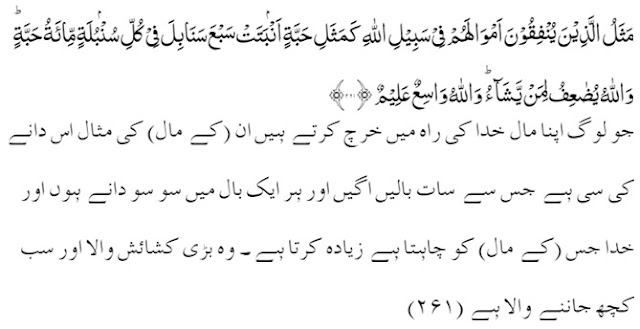 The example of those who spend in the way of Allah is just like a grain that produced seven ears, each ear having a hundred grains, and Allah multiplies (the reward) for whom He wills. Allah is All-Embracing, All-Knowing.
Al-Anfal (The Spoils of War) [8:36]

Each Chapter has 5 stories